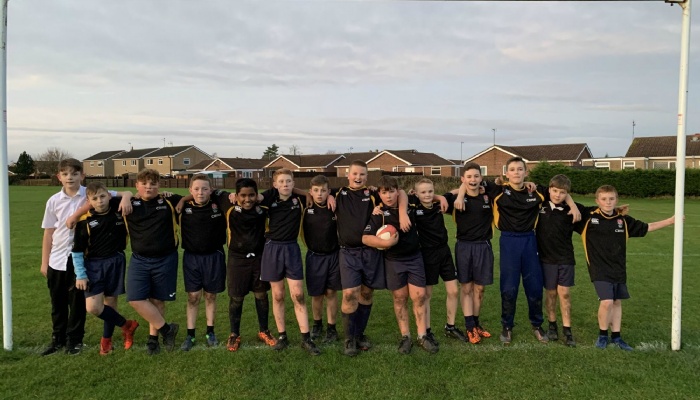 The Year 7 rugby team has had a fantastic first season, losing just one game and ending on a high note with a 70-45 win.

The boys’ last game against Neale Wade included tries from:

Coach Mr Hooper says the team has had a great debut season, with four wins in six games.