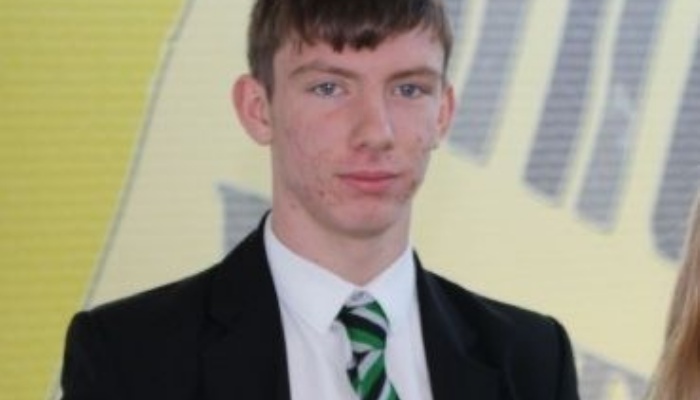 A student inspired by the fundraising efforts of Captain Tom Moore has challenged himself to raise £500 by running 500 miles.

Year 10 student Connor Loughlin decided to support NHS Charities Together two days ago and has already completed a 16m run and a 13m run.

He said: “I was out on one of my normal runs last week when a message came up on my phone about Captain Tom raising £20m. I thought if he can do it, surely I could do something similar.

“I got home and spoke to my mum about setting up a Just Giving page. Initially I was going to run a mile for every pound donated but then we thought we’d make it a bit more ambitious. Mum suggested 500 miles, which linked in to The Proclaimers’ song about walking 500 miles.”

Connor said he will fit in running around his schoolwork and will pace himself to meet his target.

“After I’d finished the 16m run, I was a bit tired but I felt like I could have kept going,” he said. “That’s quite far to run every day, especially now the Easter holidays have finished, so I’ll have to pace myself and do shorter distances.

“I enjoy running because it gives you the chance to get out and see things, especially with being at home so much - it helps to clear your mind.”

Connor is a member of Wisbech Swim Club, competes in triathlons for PACTRAC Peterborough and plays for West Norfolk Rugby Club.

Head of PE Mr Hooper said: “Connor has lots of moral fibre - he has decided to do this off his own back and what a fantastic cause it is.  The whole PE department is very proud of him and support him in his efforts.”

PE teacher Mr Chamberlain added: “Connor is one of our first students to be awarded the TCA Sport Stars accolade and this sort of challenge highlights his passion not only for sport, but to helping others. It would be great if the TCA community could get behind him and support his challenge which is for such a worthy cause in these current times.”