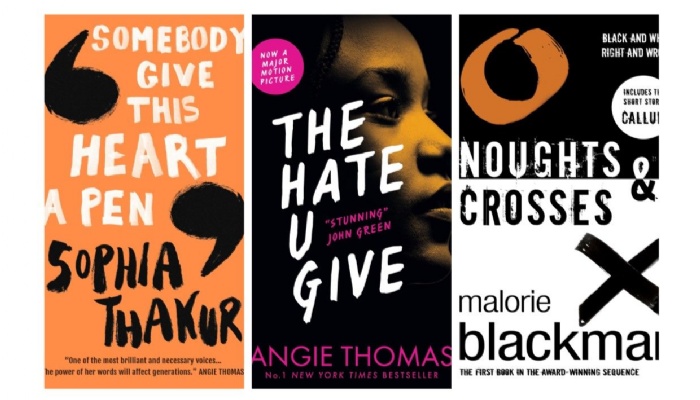 Following the death of George Floyd in America and the subsequent worldwide Black Lives Matter protests, we have put together some resources to help students understand and recognise the issues of racism, inequality and discrimination.

Librarian Miss Robinson and English teacher Miss Jones have put together some of the wider reading recommendations, author interviews, documentaries, films and other related resources that will help students understand more about other people’s experiences, and why the Black Lives Matters protests are happening.

How can I be part of the solution?

The British Council says: “Research has shown that we are more likely to feel empathy for those who are similar to us. However, to empathise with others from different backgrounds takes a greater effort of imagination.

“You can't experience everything that happens to another person, but you can use your imagination to give you their perspective.

“Stories, books and films are opportunities to practise empathy. What do the characters think and feel? What motivates them to behave in particular ways? The Empathy Library has reviews of hundreds of novels, children’s books, feature films and videos on empathy.

“Read extensively and aim to focus on the works of marginalised people to better understanding the emotions, behaviours, and intentions of others.”

Author Alex Wheatle supports this idea, saying: “Discover the unfamiliar, too.
“For me, true reading diversity is about readers discovering stories and narratives that they may be unfamiliar with.”
He adds that it would be a great reading world if any child could “find a story where they could see themselves reflected, but also discover a story where all their classmates’ experiences are mirrored, too.”

It is important to read a diverse range of books, including those with Black characters or by Black authors. Sometimes you will read books with characters that are very similar to you or have had similar experiences to you, which is important in allowing you to reflect on those experiences. Reading books with characters that are very different to you is a great way to put yourself in someone else’s shoes. It helps you to understand them, their experiences and can immerse you in another world.

The following is a list Black Books Matter recommended reads which are available now as e-books via Cambridgeshire Libraries:

Award winning author Kwame Alexander reads aloud from his illustrated poem The Undefeated - written to commemorate the birth of Alexander’s daughter and the inauguration of Barack Obama in 2008. The Undefeated remembers unforgettable, unafraid and unbowed, famous and overlooked figures from black history.

Six key events in black history you may not know about

Here is an article that explains what events led to the protests, what happened to George Floyd, and what some of the reactions have been around the world

Stephen Lawrence has been mentioned in the current news reports. On 22 April 1993, at the age of just 18, Stephen was murdered in an unprovoked racist attack. He didn’t know his killers and his killers didn’t know him. After the initial police investigation, five suspects were arrested but not convicted. A public inquiry into the handling of Stephen’s case was held in 1998, leading to the publication of the Macpherson Report, which has been called ‘one of the most important moments in the modern history of criminal justice in Britain’. Read more about Stephen and his legacy, the Stephen Lawrence Charitable Trust and watch a Newsround report on Stephen Lawrence.

Newsround’s report gives an overview of ‘Black history in the United States: Key moments from slavery to George Floyd’

You may have seen black squares being posted on social media on ‘Blackout Tuesday’:  this article explains what Blackout Tuesday is and why it took place

De'Graft presents a Newsround special programme all about fairness, protest and people coming together to reject racism

There have been worldwide protests, including many taking place cities in the UK. There was a peaceful protest held in the nearby city Peterborough.

Hidden Figures (PG) – film based on a true story

Remember the Titans (PG) – film based on a true story

Hidden Figures (PG) – film based on a true story

Queen of Katwe (U) – film based on a true story

The Color Purple (U) - film

Ruby Bridges – film based on a true story

Akeelah and the Bee (PG) - film

Sitting in Limbo - drama based on the Windrush scandal