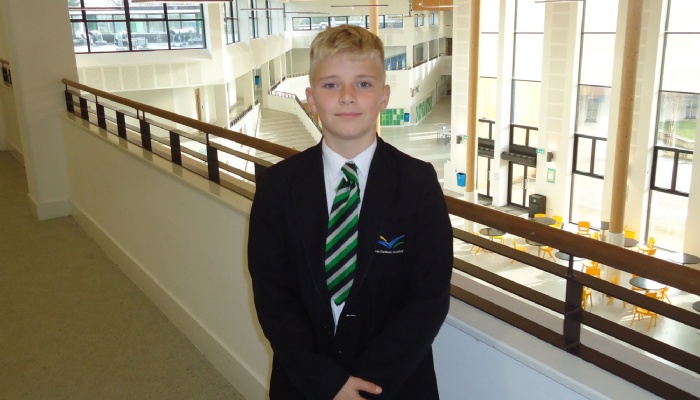 A promising footballer is looking forward to representing Cambridgeshire after being selected for the county schools under 14s squad.

Harvey Wilson, who is in Year 9, was put forward for the trial by TCA’s Head of PE thanks to the skill he has demonstrated and his commitment to improving his game.

Harvey was one of about 40 other boys who went along for the trial and was delighted to learn he had made it through to the final squad of 20.

He said: “They sent my dad an email to say I’d got through - I was so happy when I found out. The trial was really hard. It’s the highest level I’ve played at and at the games, you get lots of academy scouts going along.”

The central midfielder is now looking forward to his first match against Kent on December 8th.

Head of PE at TCA, Mr Hooper, said: “Harvey was selected to go to trials as he is one of the most gifted footballers in his year group. He is dedicated and trains hard, he has a high level of skill and for a young man of his age, a very good head on his shoulders.  He is eager to challenge himself and play at the highest possible level.”